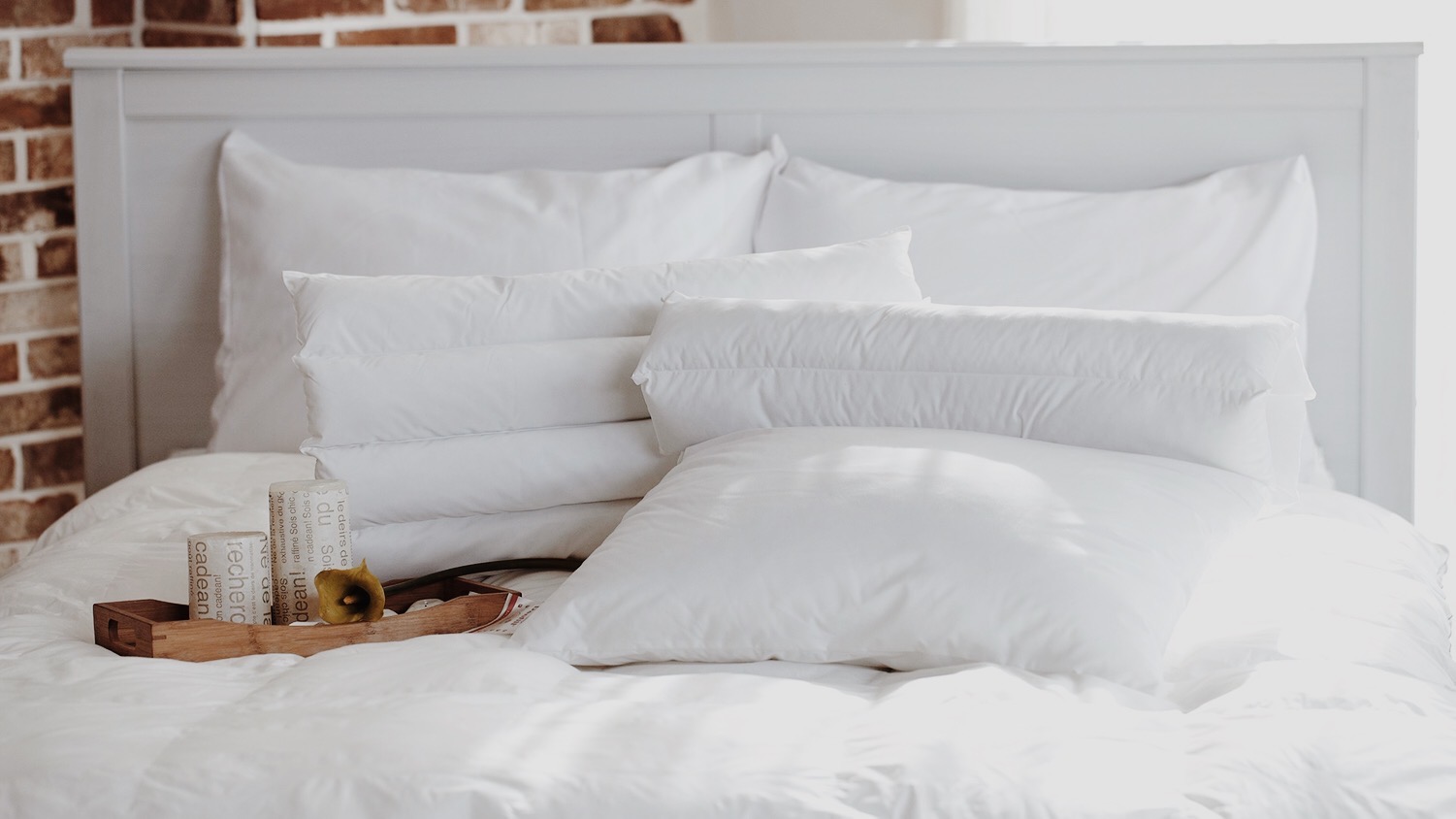 To buy a warm duvet, you must first choose several attributes from different criteria that make a duvet more or less warm.
It should be possible to question the type of filling, the material of the duvet cover as well as the quilting and the weight of the duvet. But how do you choose the right properties that make a duvet warm? It's simple, we tell you how to do it!

What is a warm duvet?

We consider a warm duvet to be a winter duvet. You can choose between a synthetic or natural duvet. The warm duvet is suitable for rooms with a temperature not exceeding 18 degrees, otherwise it will be too hot and will prevent the person from having a restful sleep.
It is better to choose a natural duvet, as it will be warm but not heavy. It will remain inflated and will allow our body to breathe thanks to its thermoregulatory properties.
However, some people choose synthetic duvets because they are much cheaper and often intended for people who are allergic to natural materials.
To have a warm duvet, you also have to think about the material that covers the duvet. People generally choose cotton envelopes because cotton absorbs moisture very well. It is very light and extremely comfortable. Once the humidity has disappeared, your body will be able to fully enjoy the warmth of your duvet.  The bamboo shell is also thermoregulating and absorbs odours to ensure a pleasant sleep. Both materials are therefore recommended for winter duvets.
The most recommended stitching is checkered stitching. This is a stitching that keeps the filling in place more efficiently than others. The checkers will prevent the filling from moving around in the envelope so our duvet will remain uniform for a long time.
It is the stitching that will ensure that heat losses will be minimal. If you want a warm duvet, the best choice is this one.
It is also suggested to choose a duvet whose weight, i.e. its filling density, is greater than 270 g/m2 for a natural duvet and greater than 350 g/m2 for a synthetic duvet. 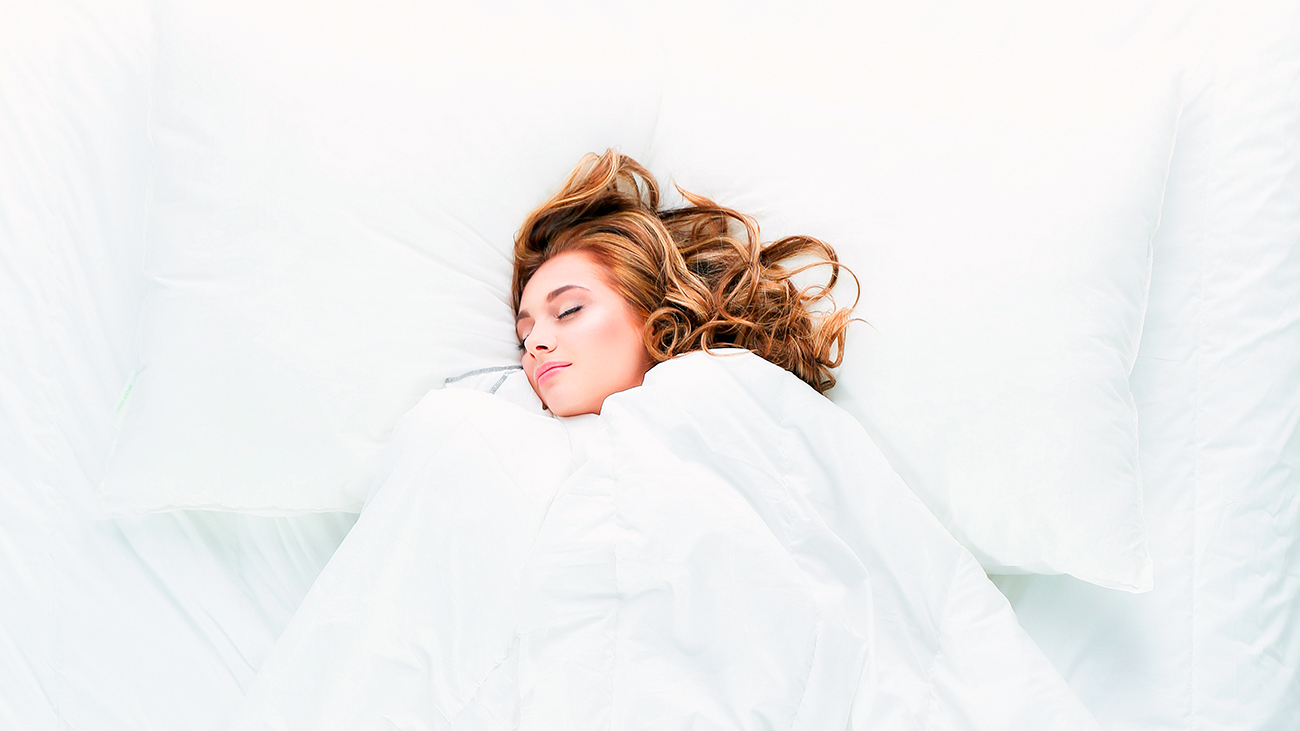 Did you know that some duvets are anti-mite duvets? Yes !
Dust mites proliferate in a humid and warm environment, such as mattresses or duvets that do not allow the moisture produced during sleep to escape. The duvet made of alpaca wool wicks moisture away very well and is very breathable while keeping a pleasant warmth during the night. When choosing a warm duvet, it is therefore important to pay attention to its filling. In general, duvets made of synthetic materials that are also hypoallergenic are in high demand. But natural duvets made of alpaca wool are also in great demand, because in addition to being suitable for the most sensitive, they also have other exceptional properties.
Natural duvets, which are also hypoallergenic, are generally the best choice to make. They are very hot, because they retain hot air very well, much better than those that are synthetic. In addition, they will allow our body to breathe. This way we will be warm without sweating as much and our body will enjoy a peaceful sleep.

The heat of a duvet depends on the density of the weight present in the duvet. Depending on the weight, the duvet will be more or less expensive. The denser a duvet is, the higher its price will be and vice versa. Its weight will also vary according to this density.
To have a warm duvet, you must choose a winter type duvet with a weight of about 270 g/m2, when it is a natural duvet.
For those who choose a synthetic duvet, it must have a minimum density of 350 g/m2 to be warm. There are still some very hot duvets, these have a filling of up to 500 gr/m². So if you find a duvet with a density between these two values, be sure it will be warm and you will never be too cold again. 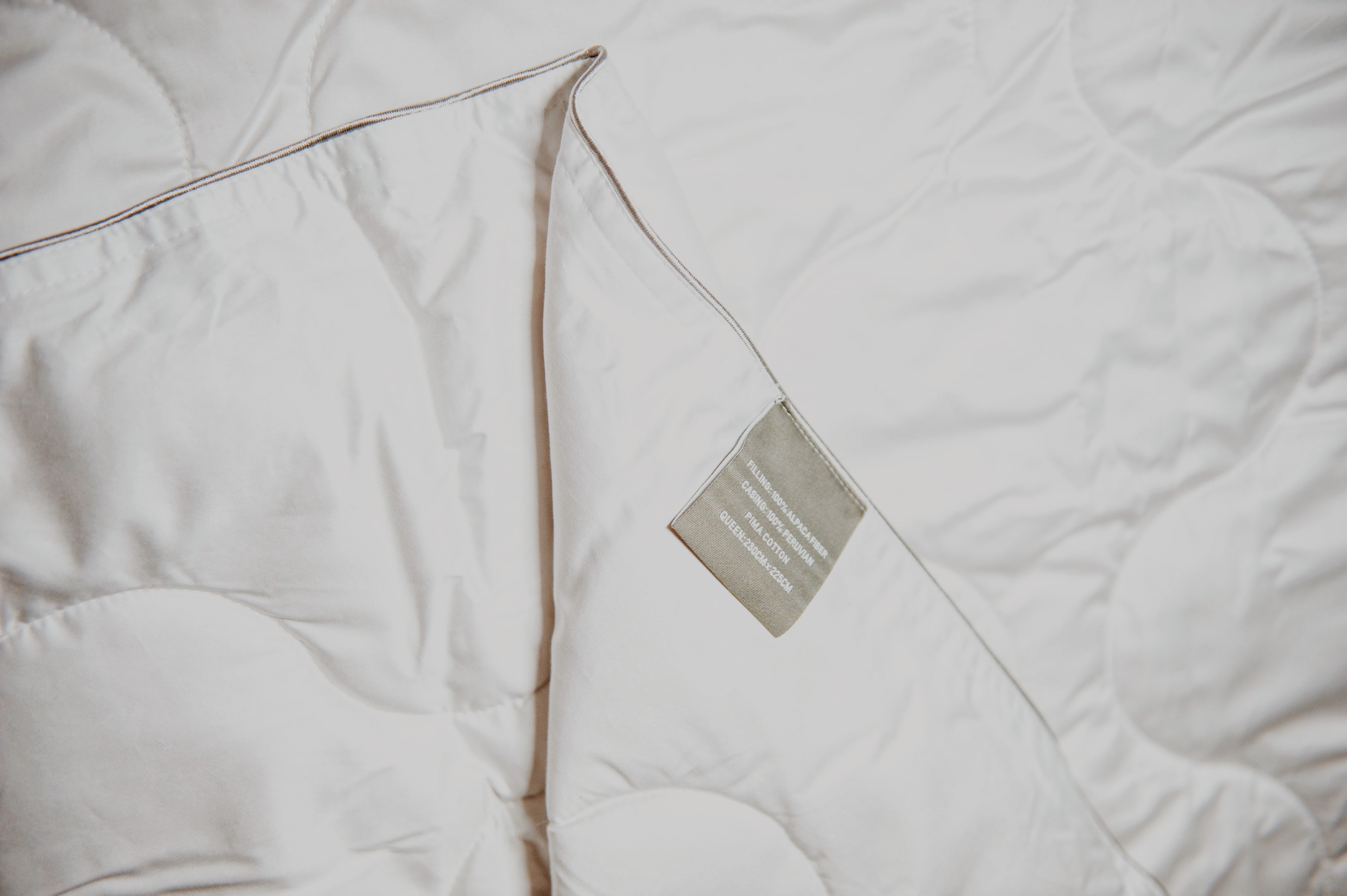 Now that we know what to pay attention to when choosing a duvet so that it best suits our needs.
It can be said that the ideal warm duvet is a duvet with a natural filling, preferably made of alpaca wool which is light, warm and has thermoregulatory properties. It is wrapped in cotton that allows the skin to breathe and absorbs moisture very well. In addition, its stitching is done in checkered pattern and thus keeps the filling uniform. Finally, as for its weight, a warm duvet must have a density between 350 and 500 g/m2.
Go ahead and buy your warm alpaca wool anti-mite duvet, and forget the cold, the micro alarm clocks due to variations in your body temperature and the unpleasant humidity that prevents you from sleeping. Choose a warm duvet made of alpaca wool, natural, thermoregulating, light and extremely comfortable!
Aware of all the advantages of the alpaca duvet, we invite you to discover our choice of alpaca duvets. Our duvets are available in several sizes, so they will suit every bed size.
Try our Alpaca wool duvets now!

Contact us for more information, we will be happy to answer all your questions!

Don't hesitate to consult our Men's, Women's and Home & Decoration collections to discover all our Alpaca wool products!